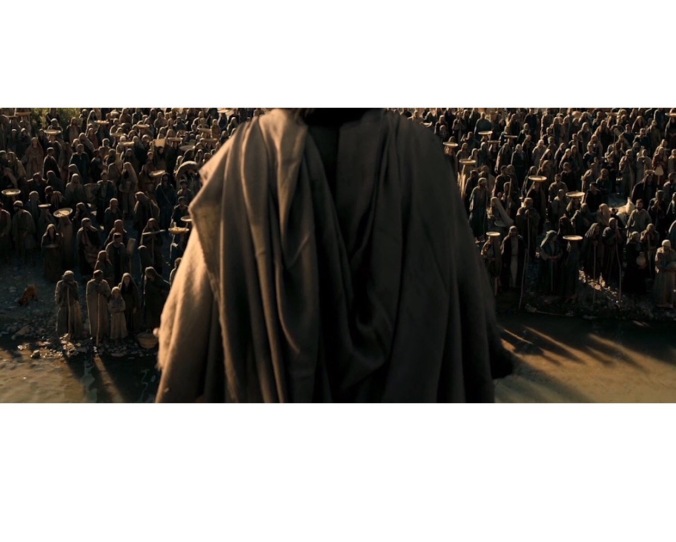 John 10:40-42 “And went away again beyond Jordan into the place where John at first baptized; and there he abode. [41] And many resorted unto him, and said, John did no miracle: but all things that John spake of this man were true. [42] And many believed on him there.”

If this chapter doesn’t testify of the deity of Christ, I don’t know what does. From knowing the Good Shepherd’s voice, and being known of Him, to entering into the fold through Him alone, to His testimony of coming from the Father,  and being equal with God, this chapter is packed with doctrinally rich stuff. It is the last two verses, however, that I want to write on this morning.

Jesus had been kicked (really, He escaped) out of the temple for claiming to be God’s Son. And so He went out to a remote desert area where John used to preach and baptize. And many people heard of it, and began to resort to Him. There is a phrase that made an impression as I read this this morning.

When the people came to Jesus, they said, “all things that John spake of this man were true. And many believed on him there.”  By this time, John had already “decreased”. He was not in the picture. He didn’t have an audience. He no longer had a “voice” in the wilderness. But we see that his impact lasted beyond his time. And when people remembered what he said about Jesus, many believed.

Why did John continue to have this impact long after he was gone? I believe there are two reasons. First, he pointed people to Christ. His primary reason for living was to point people’s hearts toward the Lord. And secondly, he was consumed with the Lord’s will. When his disciples followed Christ, he was fine with it. When he had to decrease, he was fine with it. And because of these two things, when he was gone, people were still going forward in Christ’s cause.

As I think of my father, and many Christians of the faith, whose lives made an impact after their voice had faded, I think of these two reasons. Might we follow this example. Might we point people to Christ. And might we live with His vision and His heart and His purpose as our life’s passion, and spread these things to all we can.